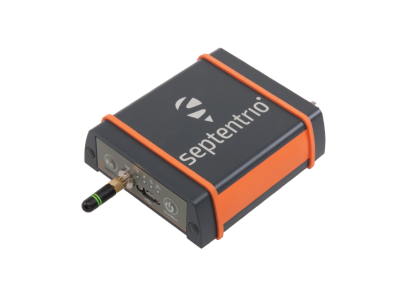 When you’re looking for the newest and most capable GPS/GNSS equipment, look no further than Blue Planet.

Leading GNSS receiver manufacturer Septentrio has announced the arrival of its AsteRx SB which was first showcased in April at Expomin in Santiago, Chile and Intermat in Paris, France.

We’re excited to announce that Septentrio’s all-new AsteRx SB GNSS receiver has arrived and it is an impressive product. Rugged, durable, compact, light, and incredibly accurate, the AsteRx SB is perfect for a host of commercial and industrial applications. Not only is it capable, it is also easy to integrate by offering both cable and wireless connections. Get more information on our product page including a detailed datasheet.

The AsteRx SB also features AIM+ interference mitigation and monitoring system which can suppress the widest variety of interferers, from simple continuous narrowband signals to the most complex wideband and pulsed jammers.